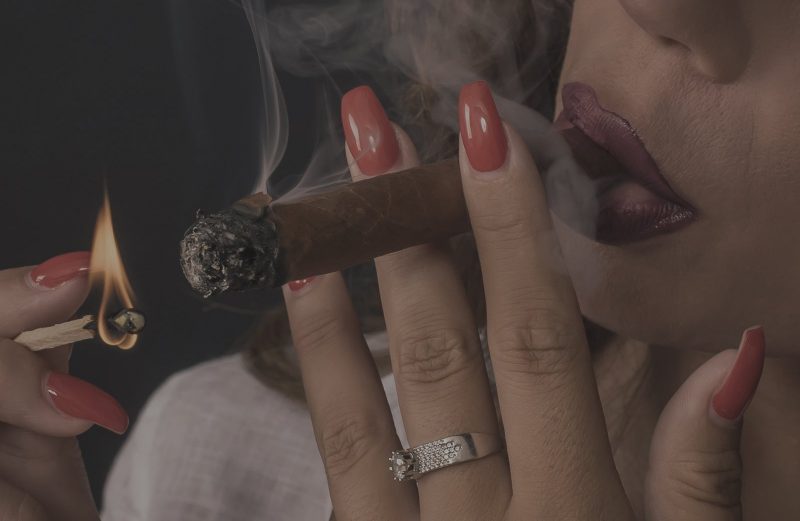 To keep Havanas ready for smoking, they should be stored at between 16 and 18 degrees Celsius and at a relative humidity of 65 to 70%.

Given the vagaries of our climate, you will be well advised to invest in a humidor, which is a cabinet fitted with a moisture source. This will enable you to keep a small quantity of cigars ready for day to day smoking at home or in the office. Larger quantities are best stored with your Cigar Merchant.

Before you light up the Havana of your choice you may wish to check that it is in good condition. Hold the cigar between your thumb and index and squeeze gently. It should feel slightly springy to the touch.

The wrapper leaf should feel like silk with the sheen of the natural oils present.

Some people make a great show of rolling a cigar next to their ear. “Listening to the band”, as is termed in the trade, served no useful purpose and risks ruining the cigar.

Use a guillotine or special scissors to cut off most of the cap. Make your incision almost to the full width of the cigar but leave part of the cap intact to avoid the wrapper unraveling.

Think again before piercing the end with a match or cocktail stick. It compresses the tobacco into a lump which impedes the draw.

There is no need to remove the band at this stage. When the cigar has warmed up you can take the band off without damaging the wrapper.

An odorless flame from a butane gas lighter or match, after the head has burned, is best. Use a petrol lighter or a wax match only if you want the cigar to taste of petrol or wax.

Lighting a Havana is far too important to be rushed. First char the open end in a flame to prepare it for even ignition.

Now gently blow on the glowing end to ensure that it is burning evenly.

Then place it between your lips and draw the flame into the cigar while rotating it with your fingers.

The fatter the cigar, the more time and care must be devoted to bringing it to life.

If your cigar goes out, you need not abandon it. Re-light it by applying a flame to the perimeter to burn away the wrapper which will resemble the rim of a tiny volcanic crater. Then re-light as with a new cigar, first blowing through it to clear out any stale residual smoke that may linger within the filler.

There is never any need to stub out a Havana. Just lay it to rest when it has served its purpose. It will go out quickly all by itself. Let it die with dignity.